The Benjamin Pritchard Foundation was founded in 2018 by Ben’s parents after he died to help families like theirs cope with the loss of a child #bemoreben. 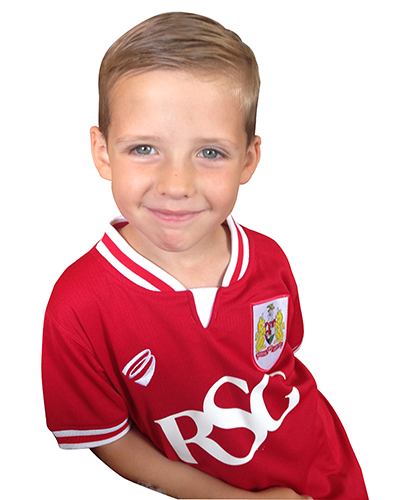 Ben was just 8 years old when he died from a rare and very aggressive brain tumour called DIPG. Prior to his diagnosis he was a fit, healthy and happy young boy who loved football both playing for his local team and watching Bristol City FC. He was clever, kind, had lots of friends and an amazing personality – he had everything going for him. On Sunday 7th May 2017, he came in from playing in the garden with his sister and said he couldn’t move his arm properly. Long story short, a trip to A&E revealed he had a brain tumour.

The next day Ben’s parents were given the devastating news that his tumour was inoperable and incurable and at best, he would have 10 months to a year to live. Ben died on the 6th November 2017, six months after his diagnosis. Ben’s parents, Sarah and Shane, set up The Benjamin Pritchard Foundation – Be More Ben in June 2018 to support parents and families who have lost a child under the age of 18.

In the weeks following Ben’s death, rather than being bombarded by support from professionals, they felt there was little in the way of ongoing, continuous support available for them. Less for bereaved siblings and nothing for other family members (grandparents, aunts and uncles).

The charity provides a reliable, informal support network for parents whose child (under the age of 18) has died and their immediate families as well as offering ongoing services such as counselling and complimentary therapies #bemoreben.

How to get involved

Volunteer at an event